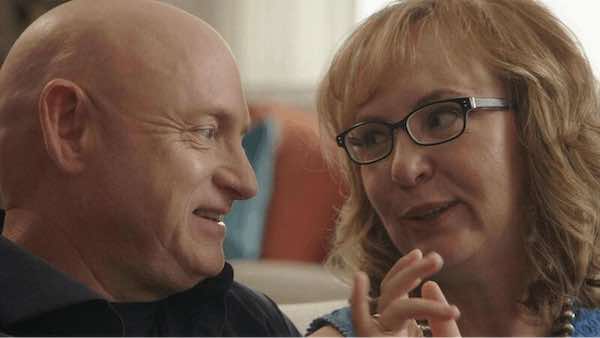 The extraordinary story of former Arizona Congresswoman Gabby Giffords, her fight to recover following an assassination attempt in 2011, and her life as one of the most effective activists in the battle for gun violence prevention and in promoting understanding of the language condition aphasia. Featuring extensive verité filming of Gabby and her husband, astronaut-turned-Senator Mark Kelly; interviews with Barack Obama and other friends and colleagues; and exclusive access to stunning videos taken in the weeks following her near-death experience, this film is the story of a rising star transformed by an act of violence, and a close-up portrait of the marriage that sustains her. USA, 2022, 97 minutes, rated PG for gun violence and disturbing images.

Masks are required at this screening.

About Julie Cohen: Julie Cohen is an award-winning filmmaker and producer with eight feature-length documentaries to her credit. Her films include The Sturgeon Queens, American Veteran, and Ndiphilela Ukucula: I Live to Sing, which won a New York Emmy Award. With Betsy West, co-director of Gabby Giffords Won’t Back Down,  she co-directed the documentary feature RBG which was nominated for an Academy Award and was named Best Documentary of 2018 by the National Board of Review.

This film and discussion will be held at New City Cinemas, 202 S. Main Street in New City. The film will begin at 7:00PM.

“Documentary duo Julie Cohen and Betsy West (RBG) create a portrait of Giffords and her husband, Sen. Mark Kelly, that is both inspiring and infuriating.” – Variety

“Gabby Giffords Won’t Back Down is a film about grit. It’s a film about feminism, change-making, and defying adversity.” – The Austin Chronicle

“The docu from filmmakers  Betsy West and Julie Cohen (RBG, Julia) manages to take this horrendous tragedy and somehow turn it, and Giffords’ courageous journey back to life and family and purpose, into a truly inspiring movie that also serves as a call to action for sensible gun control with Giffords leading the fight.” – Deadline