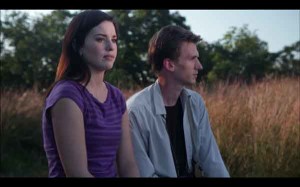 Rockland Filmmakers presents the premier screening of a new film by Peter O’Brien (Riphouse 151: Could’ve Been’s & Wanna Be’s, 2008) about personal growth and emotional understanding in the guise of a dark romantic comedy. After getting dumped by his current love interest, Brian Norton inverts to a retrospective state in search of the source of his dilemma, but when your reality is primarily fantasy, it’s easy to lose sight of things. What follows is an exploration of options, expectations and experiences that serve to remind Brian of one thing… you’re never as alone as you feel. 2012, USA, 81 minutes, unrated. Visit http://www.mlcfilm.com/
Tickets available now, only online and at 800-838-3006. Buy tickets here.

Meet the Filmmakers: Writer, Producer, Director, Actor Peter O’Brien, PLUS other members of the cast and crew

Social media, promotion, networking, festival strategies, posters, press and how to put it all to use in the launch of Peter O’Brien’s feature film, “Misery Loves Company.”

Video interviews of four Rockland Veterans–Frank Morea (WWII), Alan Moskin (WWII), Barry Fixler (Vietnam), and Craig Wertheim (Iraq)–are in the process of being finalized and transcribed. Students from Rockland County did the work of putting the oral histories into written form so the interviews can be properly recorded and saved by the Veterans History Project and the Library of Congress. The companion videos and transcripts will also be archived by local libraries so friends, families, and future generations can have immediate access to this material.

These interviews were done in cooperation with the Rockland Independent Living Center.

If you or someone you know would like to transcribe videos or to help in the ongoing project, please contact rocklandfilmmakers@gmail.com

What do you need? How can we help?  Post your comments, projects, trailers or needs on the Rockland FilmmakersFacebook Page now and let’s continue the conversation in person.

JOIN US ON MONDAY, MARCH 11, AT O’MALLEY’S IN NYACK

Bring more DVDs for library selection process; discuss cloud video editing; show your reels on a laptop; bring your scripts to share and pass out; find a crew for your film; bring your business cards; plan any workshops that are needed. See you there!!

JOIN US ON TUESDAY, JANUARY 8, AT LUMINESQUE IN NYACK

Bring your DVDs (plus basic contact info) for the Nyack Public Library collection, as mentioned below. On the agenda: collaboration and cloud video editing; developing contact list by skill; see if there is interest in a “director’s circle” screenings for quick feedback on short clips. Bring your questions and problems.

The Nyack Library has agreed to consider adding local films to their collection. In order to make preliminary determinations about shelving and basic physical needs they are requesting a sampling of films. Please send your films in standard DVD cases if you have them. Include a simple note with basic contact info. We will be gathering all the cataloging details and a fuller selection of films later. There is no guarantee of your film being added to the collection. Details are still being discussed.

JOIN US ON MONDAY, DECEMBER 10, AT JOHNNY CAKES IN NYACK

Meet other filmmakers living and working in our region to share information, skills, news of current and future productions and to look for opportunities to collaborate. At Johnny Cakes, 84 Main Street in Nyack. 7:00 to 8:00 or 8:30.

JOIN US ON TUESDAY, OCTOBER 9 AT THE ART CAFE

Art Café in Nyack has generously given Rockland Filmmakers an evening in their SmArt Café series.

Join us on Tuesday, October 9 at 7:00 for an opportunity to network and share information with each other, discuss plans underway to match local filmmakers with local actors from playhouses in the county, organize workshops, make films and plan screenings. If you cannot attend but would like to be involved in activities like these please write to rockland.filmmakers@gmail.com

DO TO THE RESIDUAL EFFECTS OF HURRICANE SANDY, OUR SPECIAL PREVIEW SCREENING OF GOAT HAS BEEN POSTPONED. 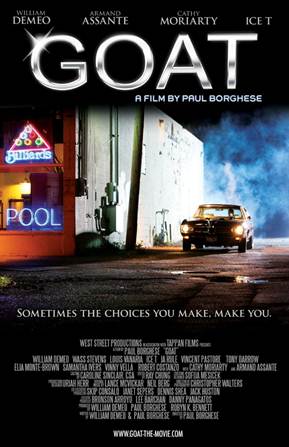 Bobby Baldano is the black sheep of his family. When he gets out of prison after serving a five year sentence, his Father has high hopes of a fresh start for him and coming to work at Joseph Baldano & Sons Contracting, the legitimate and thriving multi-generational family business Bobby’s grandfather built up from nothing. But Bobby’s a mob connected street thug who gets caught back up in a life of inescapable crime. He has two families – one supportive and loving, the other dangerous and deadly. He must decide between the two families and once he does truths are revealed that Bobby always knew but was too blind to see and too afraid to face.

Meet the Filmmakers: After the film, join a discussion with some of the cast and crew including local filmmaker Paul Borghese from Tappan Films and Wiliam DeMeo from West Street Productions who Produced and Co-Wrote the film with Paul Borghese.  DeMeo also plays the lead in GOAT, Borghese plays a supporting role in and directed GOAT.

ROCKLAND FILMMAKERS at ROCKLAND CENTER FOR THE ARTS 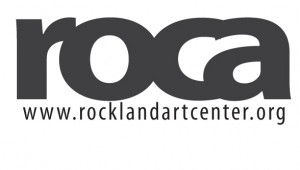 ROCKLAND CENTER FOR THE ARTS opens the doors of its MEDIA PROJECT SPACES to ROCKLAND FILMMAKERS. from February 26 – April 15. 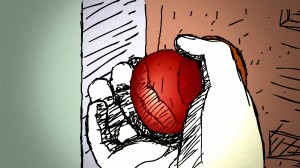 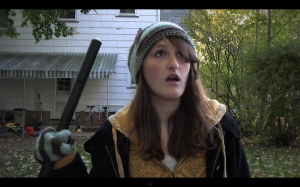 Problem-solving for filmmakers currently at work on a film or trying to finish one. 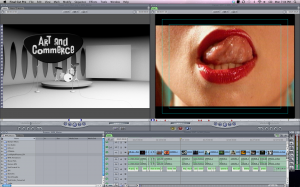 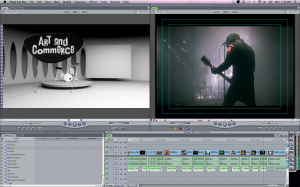 Includes an overview of importing and exporting, bins, labeling; structure and organization; problem solving strategies, and pushing through to the end.Bring your laptop, your film, and your questions.

Jamin Bricker is an Emmy nominated editor based in the New York area. He’s edited several documentaries, two feature films and currently works on the television show Damages. In addition to editing, Jamin is directing the feature-length documentary, Money for Nothing – The History of the Music Video.

Rockland Filmmakers introduces local filmmakers to each other and to local audiences. Watch films. Join the discussion. Ask questions. Learn about films and filmmakers. Share the spirit, and become involved.

Our goal is to:

The focus is on the filmmakers. Not just the film that was finished, but also on the one that isn’t finished yet, and needs to be. Or on the next film, and the next idea, and how to make it into a reality.

The 2011 Rockland Filmmaker programs are made possible in part with funds from the New York State Council on the Arts.